The words we live by: RGB
Posted on Tuesday, November 19, 2013
Blog Categories:
Lexicon

RGB stands for "Red, Green, Blue" and refers to the three colors of light that mix together to form any color. TVs and computer monitors use RGB to create the images you see on the screen.

A raster image is a way to represent photos or illustrations as digital images. If a raster image is enlarged too much, it will appear to be jagged, fuzzy or low quality. Vectors use points, lines, curves, and shapes to represent images in computer graphics. Vector graphics can be enlarged without a loss in image quality.

use it in real life: Lets say you have a logo thats a vector file and a photo image thats a raster file. Now lets say you want them to be used in a print ad. Based upon its resolution, the photo can only be enlarged so much and then it will loose its image quality...

The quality of an image and how well it reproduces. In printing, it refers to the number of Dots Per Inch (DPI) printed on a page. Generally, the more dots per inch, the better quality the image. In websites, it refers to Pixels Per Inch (PPI) on the screen.

use it in real life: Designers working in print are always wanting "hi-res" or high resolution image files because printing requires resolution or more dots per inch (DPI) to make it appear sharp and in focus than an on-screen image. Printing requires 300 DPI vs 72 PPI or Pixels per inch for monitors, TVs or other screens.

Sarasota, Fl. — In a show of confidence in Sarasota’s homebuilding market, John Cannon Homes is launching an updated brand, advertising and customer-driven website this week. The investment in the company’s fundamental public communications is intended to modernize electronic communications and make it easier for people to invest in Sarasota through custom home-buying.

“There’s an upward trend in new home construction,” said John Cannon, CEO. “It’s an excellent time to invest in the future, and making sure we become stronger... 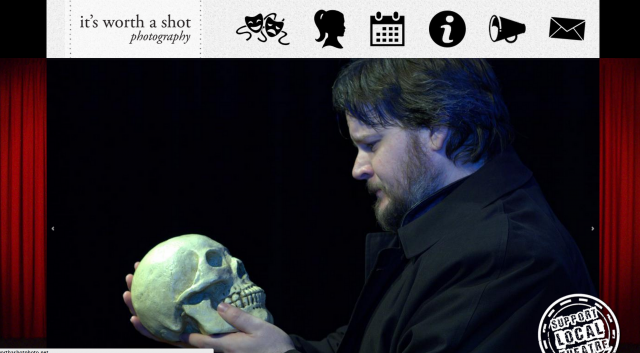 Recently we had the pleasure of working on a small Drupal site for a great client: It’s Worth a Shot Photography of Tampa. IWAS had a minimal budget to work with, but we were committed to finding creative ways to include all of the features IWAS wanted to incorporate into their website for a price they could afford.

Our client’s first requirement was of course, showcasing their bread and butter - photos - hence the prominent slideshows on the home page and several secondary pages. IWAS has not had experience with content management systems in the past and wanted an easy way to show...

When I started at DFM nearly two years ago, I thought I knew what my position was about. I assumed based on my past experience, that I would go into the community and help market DFM and be in charge of all sales inquires. While that’s still a piece of my job, what I fell in love with was project management.

The great thing about DFM and its relationship with their employees is that we are allowed to figure out what we want to do in our constantly changing environment. While all of our team members have the understanding that we must work together to complete the needed task on a...

Roughly six months ago, I had reached the point that most millenials know well at a job: I felt unappreciated, undervalued, and tired of the monotony of a cyclical, conventional job. I was in marketing, which sounds fun in theory. Marketing has branded itself (see what I did there?) to be this exciting, creative field. But, when you’re put in a box and not allowed to explore the limits - as you often are as a youngin’ at any established company - it’s incredibly stifling.

Thankfully, my friends at Digital Frontiers Media were expanding and offered me my current position in web...

According to Simply Measured, new research shows that Instagram is the fastest growing social platform in the past year. Instagram’s year-over-year growth by Fortune 100 companies was 14% compared to Pinterest that came in around 10%. Also, compared to Google+’s 10%, Twitter’s 0%, and Facebook’s -1%. Companies that have seen major growth on Instagram are companies like Starbucks, Nike, and MTV with each over 1 million followers. MTV’s latest success story was the pictures posted surrounding the Movie Awards.

“We needed a partner who believes in the same extraordinary level of quality for their clients as we do for each home we build,” said John Cannon, owner and president of John Cannon Homes. “We also love the fact that Boost Studio is a locally-owned business because we’re committed to investing our resources in the Sarasota - Tampa corridor to make our entire regional community stronger.”...

Google Glass is less than a year away

The highly anticipated Google Glasses are about a year away from regular distribution. There is no doubt the $1500 price tag may send people away, but with the buzz currently all over the internet it seems that this could be a bigger success than analysts might have thought. Google Glasses, also known as “Glass,” sent out beta version of the glasses to some select developers and users to start testing. Developers are being encouraged to start developing apps for the device. However, regulators are already fighting to ban the glasses since you can be...