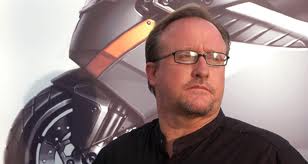 Earlier this year, Sarasota-based Digital Frontiers Media sat down with Rob Brady, President of ROBRADY design to discuss Augmented Reality and possibilities it could offer for certain design solutions. With the recent uptick in the number of public occurances of the use of Augmented Reality, they asked DFM to write a guest blog article on the subject. It also seemed appropriate as a 2009 Augmented Reality "Year in Review" retrospective due to the importance of the past year on it's development. Below is a copy of the article, appearing on RobradyBlog.com. NOTE: For best results with the demo, it is recommended that you have a fairly high end computer to run it (i.e., dual processor and/or 2.8GHz+, 4GB+ RAM) due to the relatively high polygon count of the model (currently around 10,000 polygons).

While perusing the web for multimedia ideas in 2005, I came across a demonstration of something called Augmented Reality (AR)—not to be confused with the failure of the mid-90s known as Virtual Reality (VR). As I watched the demonstration I remember asking myself, “what am I seeing here? Is this for real?” The demo generated a good deal of comments along the lines of “fake” and “impossible”. But I discovered the technology was very real and had an established history of a decade or more. Unlike VR which took a user into a completely computer-generated environment, AR sought to bring computer-generated items into the real world. My pulse quickened as I found more examples and recognized the potential in what I was seeing. It was one of the closest things to magic I’d ever seen. The implications were obvious: one could interact with practically anything one could imagine, but do so in the familiar context of our day-to-day environment.

For those new to the term Augmented Reality, you won’t be for long. AR has recently started making major inroads into our daily lives. In fact, you’ve probably already seen examples of AR but just don’t know it. You’d probably recognize them as the 1st & Ten Line while watching your favorite football team on TV or as the high-tech heads-up displays (HUD) that fighter pilots use to monitor and control their flight and weapons systems.

According to Google Trends, the search volume for “augmented reality” exploded in 2009. Why, you ask? Mostly because of the convergence of two independent revolutions.

In 2006, after spending a little over a year working with AR, obvious and disappointing limitations to AR became apparent to me. For one thing, it was extremely restrictive in its distributive potential compared to the instant gratification of publishing content in the blink of an eye to billions of people across the Web with a single mouse click. The AR systems most readily available in 2006 were mostly standalone options requiring installation of desktop applications. Another thorn was the portability issue. Aside from a few tablet PCs, there just wasn’t enough power in mobile computing devices to be able to maintain the illusion that computer-generated items were really within the real world environment. An AR application needs to combine information streams, video analysis, and rendering capabilities all at once in real time.

Leap forward 3 short years. In January of 2009, a clever fellow in Japan ported over some of the available AR code libraries so they would run in Flash, and he made them publicly available. This was a HUGE development for AR distribution due to the nearly 100% ubiquity of the Adobe Flash Player. Flash Player has built-in webcam support, can access information streams, and render graphics beautifully, making it a perfect fit to deliver an AR experience over the web. Suddenly, anyone with an internet connection and a webcam was a potential AR user.

During this same period, the iPhone changed the portability playing field. The computing power of the iPhone brought about the realization that fairly complex applications could now be truly mobile and widely used, and it’s popularity made the dream of a world in which nearly everyone had access to such technology a vivid reality. Thus, it was only a matter of time before mobile camera-enabled smartphones would become AR platforms. While true that the first commercially available mobile AR app was developed for Android in 2008, it is arguably the iPhone’s market share and app distribution system that has propelled mobile AR into the mainstream. Indeed, with many AR apps exploding onto the iPhone scene in 2009 due to the buzz (Metro Paris Subway, Layar, Yelp, and others), it’s as if the vision of ubiquitous Augmented Reality had finally come home to Apple.

Though still having room for improvement, AR has appeared in Best Buy’s Sunday advertisements and more recently on Home Depot Gift Cards just in time for the holidays. The only thing really holding back World AR Domination is Apple’s reluctance to open up Flash on the iPhone (one can dream). It is apparent that augmenting our world with contextually relevant information or enhancements is something that people find both useful and fascinating. And it’s future uses currently dominate the discussions amongst investigators in the field.

In October, the International Symposium on Mixed and Augmented Reality (ISMAR) in Orlando, Florida amazed me with the types of questions permeating the conference despite a decade or more of development—very basic questions, the kind one would expect in the infancy of a new technology. Essentially, it is a second infancy being experienced and attributable to the surging mainstream adoption. The move from research to reality has reset the way many AR investigators have to think about the tools they are developing. They are now having to ask themselves these questions with greater urgency. How will AR be used in the future? What’s a good use of AR? What is (and what is not) considered Augmented Reality? The increased prominence of these fundamental questions motivated ISMAR for the first time to open up a track of sessions focused solely on the Arts, Media, & Humanities aspects of AR to help answer these questions.

Where do you see Augmented Reality fitting into the scheme of things?

While fully holographic AR design studios like those portrayed in the film Iron Man seem out of reach, the advancement of display technologies like mid-air displays, eyewear & Head Mounted Displays (I’ve even seen some with gaze-tracked menu navigation) indicate that such ideas are not just unobtainable fantasies. They are virtual realities. Despite AR’s history, 2009 is the year that will likely go down as Augmented Reality's birthday thanks to its perfectly timed delivery into the primed hands of the general public.

To celebrate a bit of this nascent technology, simply print out a copy of this marker, click on the demo preview image above and hold your printout so that the large “R” is in view of your webcam, and have fun with your very own Electric Superbike!